I just heard this poem by Charles Bukowski on Garrison Keillor’s Writers Almanac, and it struck such a chord in me as the perfect poem for entrepreneurs — right to my rebellious bossy heart. Climb up and out, fellow crabs — and eat lobster! 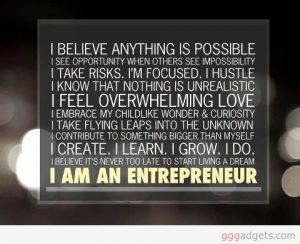 listen, he said, you ever seen a bunch of crabs in a bucket?
no, I told him.
well, what happens is that now and then one crab
will climb up on top of the others
and begin to climb toward the top of the bucket,
then, just as he’s about to escape
another crab grabs him and pulls him back down.
really? I asked.
really, he said, and this job is just like that, none
of the others want anybody to get out of
here. that’s just the way it is in the postal service!
I believe you, I said.
just then the supervisor walked up and said,
you fellows were talking.
there is no talking allowed on this job.
I had been there for eleven and one-half years.
I got up off my stool and climbed right up the supervisor
and then I reached up and pulled myself right out of there.
it was so easy it was unbelievable.
but none of the others followed me.
and after that, whenever I had crab legs
I thought about that place.
I must have thought about that place
maybe 5 or 6 times
before I switched to lobster.