Once you understand that good, solid branding requires a clear idea of who you are, who your audience is, and what makes your organization, product or service special, what’s next? Many a fine company has gotten that far only to stumble through inconsistent messaging that weakens their brand. 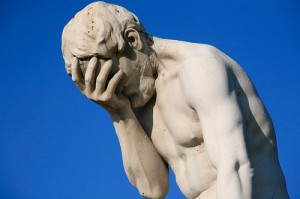 The most obvious recent example is the current debacle involving LA Clippers owner Donald Sterling, who was exposed (through the release of a private conversation) as a racist. Clearly Sterling never expected his remarks to be made public, so this isn’t a case of management as a whole agreeing to a message that ruins its reputation. But let’s face it – they now have a huge image problem with their sponsors and fans, which is why Sterling has been banned from attending NBA games for life.

Another recent example of a leader at the top of his game completely undermining the vision, values and customer loyalty his brand worked so hard to build is Lululemon founder and former CEO Chip Wilson. Wilson was forced to step down after blaming quality problems with the company’s expensive yoga pants on his own customers, saying, “They just don’t work for some women’s bodies.” After a half-hearted, ham-handed videotaped apology, Wilson was out and the company is still struggling to recover its lost reputation.

So who are the latest brand superstars, who creatively use their core values to connect emotionally with their audiences and build greater customer loyalty? Chipotle tops my list with its award-winning Scarecrow Ad about one fellow’s quest for whole, sustainable food. The ad never mentions the name of the company until the very end, and only then as a promo for its companion app. The ad has 62 million views on YouTube – and Chipotle’s reputation as a purveyor of fresh, locally grown Mexican-style food continues to grow.

Another award-winning example is Dove’s Real Beauty Sketches, which poignantly illustrate the difference between how women see themselves (too critically) and how others see them. This is the latest campaign in Dove’s brilliant branding strategy of celebrating women and girls’ inner beauty, not what the fashion industry tells us is beautiful.

“The holy grail for advertising today is the same as it’s always been,” says branding expert William Gelner in a recent Forbes article. “To rise above the fray of soulless sales pitches and become part of the culture. Not just being recalled or remembered but hitting a nerve and becoming both share-worthy and meaningful. The best brands get that. They aim higher.”

Closer to home, KB Concepts client La Prima Food Group, like Chipotle, was moving to a more sustainable, farm-fresh model for their corporate and special events catering. They were growing their own tomatoes and herbs in an onsite garden, and the owner’s daughter was raising grass-fed meat, free-range chicken and pesticide-free vegetables on her own farm.

With our help, La Prima started telling this story and developed a wonderful grown-to-order, farm-to-table special events program called Seeds to Celebrations that carved a very successful niche in the competitive DC-area catering market. They also made sustainability improvements at all of their kitchens and began partnering with other local farms. La Prima has now won numerous awards and media recognition as the greenest caterer on the East Coast. Their vision and values are fully aligned with the rising demand for eco-friendly and delicious locally grown food – and business has never been better.

I would take expert William Gelner’s point one step further: In addition to hitting a nerve and being share-worthy and meaningful, a truly successful brand – one that deserves its customers’ loyalty — must tap into a true, authentic need or demand for something of real value. This is what Chipotle, Dove and La Prima all have in common.

Keep this in mind in all that you do (products, services, programs and partnerships), and your organization will find similar success.